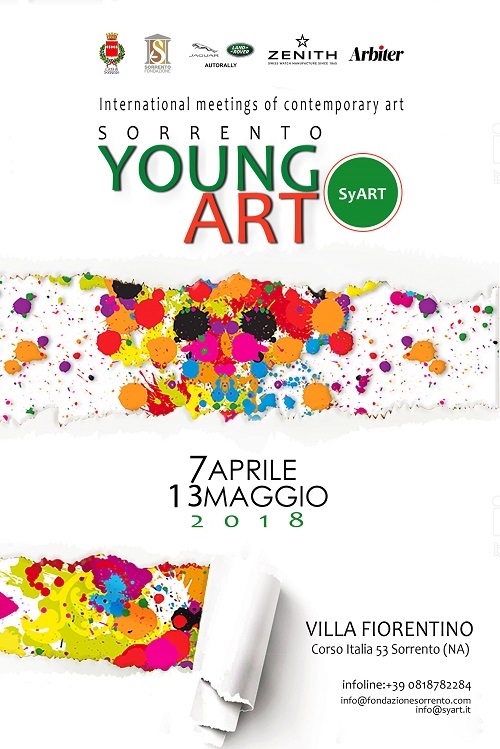 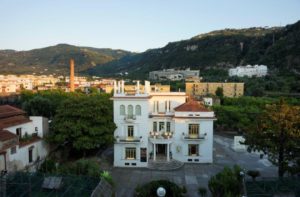 Contamination, openness and exchange, these are the focal points on which we invest in the second edition of Sorrento Young Art, an international event dedicated to contemporary art, at the historic Villa Fiorentino, home of the prestigious Sorrento Foundation, presided over by the owner Gianluigi Aponte . SyArt, thanks to the success of the first edition, in agreement with the Municipality of Sorrento and the Sorrento Foundation, extends the duration of the event with Vernissage on 7 April at 19.00 and Finissage on 13 May. Among the novelties of this year a shared artistic direction, entrusted to Paolo Feroce and Rossella Savarese; a Range Rover Evoque that becomes “Art Car” thanks to an exclusive wrapping that is the result of a project supported by the Jaguar Dealership Land Rover Autorally and the Zenith brand; a cover of Arbiter created by the winner of the Fata Verde Praemium; realization of an artistic El Primero Zenith model dial and live painting and perfomance, during the inaugural evening, with the extraordinary participation of the artist Tvboy, eclectic representative of the current Neo-Pop, linked to the world of street art. The artists selected for this second event, have the opportunity to promote their artistic research in an evocative place rich in history, location that has dedicated exhibition routes to artists such as, to name a few, Paladino, Chagall and Dalì. The city of Sorrento will be affected by site-specific installations. Next to the SyArt event is an exhibition focusing on the work of the Irish artist Francis Bacon, one of the most famous names in 20th century art history. During the exhibition days, the educational paths with Italian and foreign schools are confirmed, by Simona Schiazzano. Also confirmed for the opening night, the cocktail by the chef Peppe Aversa, Michelin star. ART CAR AWARD “When the excellences of the world of high precision mechanics meet Art, they are overwhelmed”. This is what expressed the Art Car award, the initiative commissioned by Leone Cappiello, the President SyArt, who strongly supported the realization of the project. The Art Car award, supported by the Jaguar Dealership Land Rover Autorally, is one of the novelties of this edition. A Range Rover Evoque, personalized with a creative wrapping design, designed and produced exclusively by an artist chosen by the organizational staff, whose task is to summarize in art the spirit of the Jaguar Land Rover brand whose off road characteristics are inherent in the DNA of the brand that produces cars ready to tackle the most difficult terrain and conditions. A new challenge for SyArt, an important commitment.
FATA VERDE PRAEMIUM. ARBITER COVER. “A tribute to the visionary force that animates the artist and made him able to imagine and show the essence of reality, to invent the unknown, to dialogue with the mystery and the magical dimension. The inspiration of the award is, of course, from the “cursed poets” and from those brilliant artists – from Dino Campana to Modigliani to Patty Smith to Steve Jobs – who have brought in fantastic and unprecedented interpretations of the visible and the invisible. The Praemium with the reference to the Green Fairy puts the accent on being fairy that is lodged in each of us and that over the centuries has given to humanity admirable artists who with their works have contributed to enrich our knowledge and to perfect the our spirit “. The Award stems from a suggestion by Elio Ferraris, creator and president emeritus of the Circolo degli Inquieti. To the winner of the prize, the honor of creating a cover of the magazine Arbiter, edited and directed by Franz Botré. The winner of the Art Zenith Prize is pleased to design a Zenith El Primero Chronomaster model dial.

The selection of the artists, participants only by invitation, is based on the principles of SyArt such as promotion, visibility and spaces dedicated to national and international artists. The same are placed in dialogue with historicized names, on an occasion of exchange and contamination.